A subtle and poetic look at daily life.

Born in 1925, Gabriel Cuallado is considered one of the most outstanding representatives of the movement of the renovation of Spanish photography of the second half of the 20th century. Among the most outstanding features of his work is the humanist and poetry-laden look with which he portrayed the gray reality of post-war Spanish society. Far from the great events, Cuallado focused on the intimate and close details of everyday life, through photographs of his friends, family and anonymous people. His most prolific years were those comprised in the decades of the fifties, sixties and seventies, in which he signed photographic series set in Madrid, Paris and Asturias.

Photography has always been surrounded by the mystery of simplicity. The grasping simplicity of Walker Evans of André Kertesz of Manuel Álvarez of Gabriel Cualladó. Not the transfiguration itself but the photographic humility. Today, we have enough historical perspective to acknowledge that it is precisely between these things that lies the greatest. Those who have looked directly in the eyes of photography, to what photography really pretends to be. In Cualladó, beauty lies within the fact of being there, simply there, whether it is standing up or sitting down. In Cualladó, just like in Paul Strand, all of the people and things are in the highest moment of calm, severity’s simplicity of humble solemnity.

Born of horticulturist parents, in a small Spanish village, Cuallado grew up in a tangled, authoritarian Spain. Enveloped by the smell of his father’s oranges, while watching his country’s austerity blaze in Franco’s dictatorship; his childhood was deeply marked by a frugal rigidity. In 1941, he traveled to Madrid to work at his uncle’s company, marking the beginning of his cosmopolitan journey.

The Birth of a Movement

In 1951, his first son was born and he bought a 90-peseta Capta camera to capture his first steps. After integrating Madrid’s Real Photographic Society (RSF) in 1956, Cuallado joined the renowned Afal Group of photographers. Together, they started the Movement of the Renovation of Spanish Photography. In 1957 they set up the movement’s first official exhibition in one of the city’s art galleries and a couple of years later, one of Cuallado’s pictures (“Ramon Masat’s Wedding”) was awarded by the American magazine Popular Photography.

1960s ⎮ From Madrid to Paris, Venice, Amsterdam and Moscow

In 1961 Cuallado was awarded with the Luis Navarro Avant-Garde Photography trophy. This period marked the start of dissemination of both the group’s and his individual work outside of their natal Spain. Throughout the decade, the Afal Group’s work was exhibited from the Pescara Bienal in Italy, to the library of Paris’ Spanish embassy, the Fodor Museum in Amsterdam and up to Moscow’s “Interpress-Photo” exhibition. Cuallado’s picture “Girl with a rose” together with some others entered the French National Library’s collection and his pictures started to be annually published in the British “Photography Year Book”.

In 1978 Cuallado’s pictures were presented in Arles’ annual Photography Festival, amongst others. A couple of years later his pictures were published in "The Complete Book of Photographers" (Mac Millan, Los Angeles), as well as in "Contemporary Photographers" (St. James Press, London). In 1992, the IVAM organized a major individual exhibition which marked his consecration as one of the great Spanish photographer of the mid-20th century. He received the ICI award for best European photographer at the National Museum of Photography, Film and Television (Bradford UK). In 1994, he received the First Spanish National Photography Prize, followed, in 1998, by the gold medal of the Círculo de Bellas Artes in Madrid, thus officially consolidating his consecration.

Cuallado passed away in 2003, leaving a legacy which continues to live and tell the story of a fragmented post-war Europe. Throughout the 2000s various exhibitions take place to pay tribute to his work. From the IVAM in 2003, to Madrid’s Circle of Fine Arts in 2014 and up to the major “Cuallado Essential” exhibition which was presented in 2019 in Sala Canal (Madrid), as well as in La Pedrera (Barcelona). 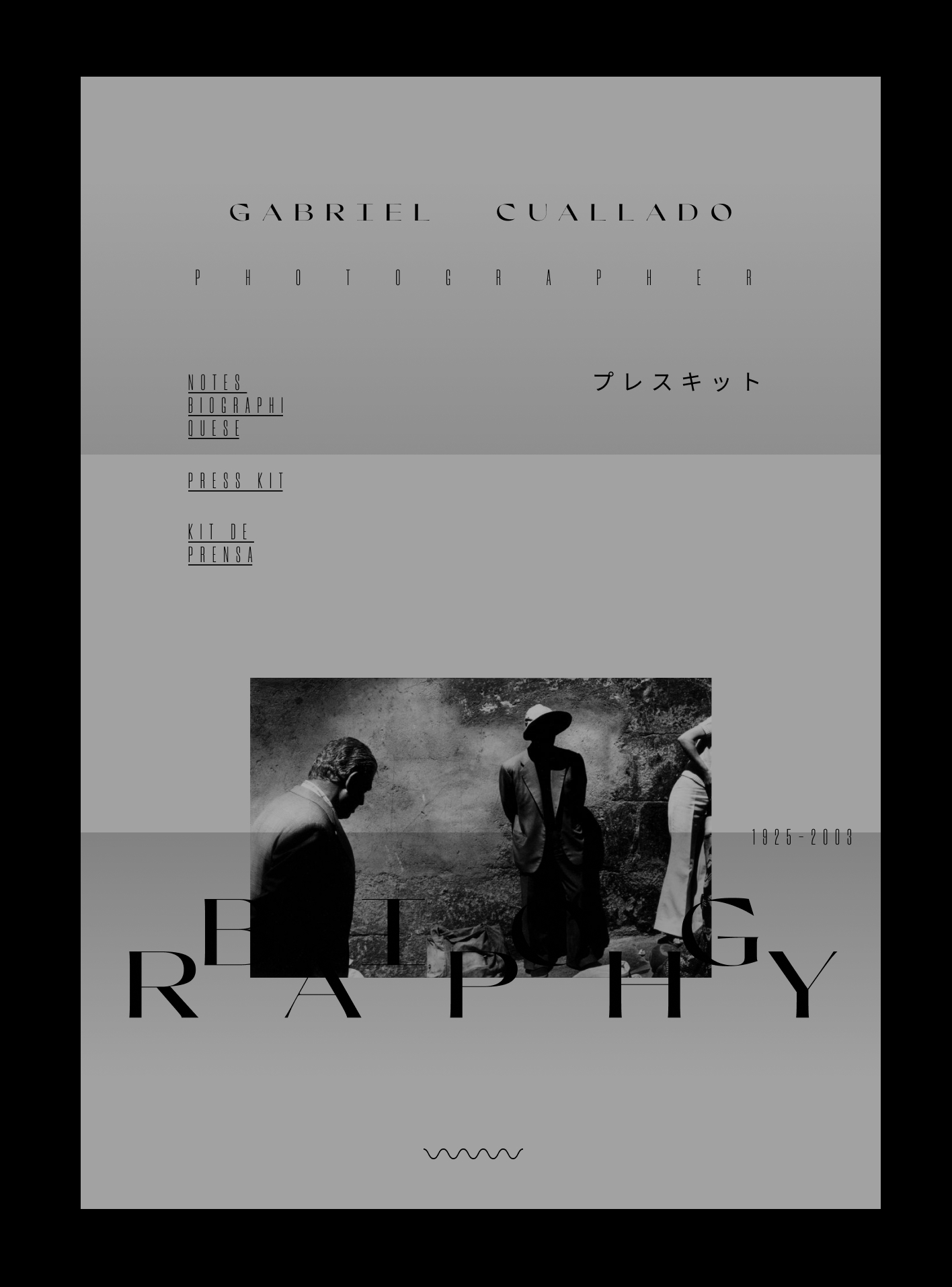